A common misconception is that the municipality of Carol Stream was named for a local minor waterway. In fact, Carol Stream is one of the few communities in America that took its name from the first and last names of a living person: Carol Stream, the daughter of its founder Jay Stream.On August 26, 1957, Carol and three friends were returning from Racine, Wisconsin in a 1949 Studebaker. While attempting to cross U.S. Route 45 in central Kenosha County, the car was struck in the right rear corner, killing 15-year-old Richard Christie of Chicago, the passenger seated there. Carol was ejected through the windshield and into a utility pole. Neurosurgeons at Kenosha Memorial Hospital said the comatose girl might never awaken or, if she did, would likely be severely handicapped. On advice of the doctors that her recovery might improve with good news, Jay decided to name the new community in her honor. After four months in a coma, Carol regained consciousness. Learning the new village bore her full name, Carol said she thought it "odd and silly".Jay W. Stream (April 17, 1921 – January 22, 2006), a military veteran who had previously sold insurance and ready-mix concrete, was in the mid-1950s heading Durable Construction Company. He became frustrated with red tape while negotiating a planned 350–400 home subdivision in nearby Naperville, Illinois. A Naperville clerk reportedly advised Stream to "build your own town", and in 1957, Stream began buying unincorporated farmland outside Wheaton. He hoped to allow people to work in the town they lived in, rather than have to commute to Chicago. Source:Wikipedia

It took eight name changes for the name Glen Ellyn to take hold. Babcock's Grove, DuPage Center, Stacy's Corners, Newton's Station, Danby, and Prospect Park were the first names that never took hold.Glen Ellyn was adopted in 1889 when village president and local businessman lead a project to create to Lake Glen Ellyn by having a dam built in a nearby stream.The first homeowner in Glen Ellyn was Deacon Winslow Churchill. He and his family relocated to Glen Ellyn from New York in 1834. Many newcomers would follow the Churchills to build shops, stores, banks, and schools.Moses Stacy, a soldier in the War of 1812, arrived here in 1835. His inn, Stacy's Tavern, built in 1846, Stacy's Tavern at the corner of Geneva Road and Main Street.Glen Ellyn was without a train depot until Lewey Q. Newtown built a stop with a water tank for steamers to re-fuel. The depot would come to be known as Newtown Station.The first church was a Congregational church erected in 1862. Many Protestant churches would follow, but it took 60 years for completion of the first Catholic church.In 1890, residents discovered mineral springs near the village. Glen Ellyn began advertising itself as Chicago's newest suburb and health resort. The grand Lake Glen Ellyn Hotel opened in 1892, the same year most of the business district was destroyed by fire.The village established an all-volunteer fire department in 1907. It was the last all-volunteer fire department in DuPage County.Source: Wikipedia

In 1837, the town registered Charleston as their official name with the state but two years later the name was changed. A new lawyer in town, Stevens Sanborn Jones, alerted the town officials that there was already a Charleston registered in Illinois; it seems the other town was registered first and as a result a name change was needed. There was much debate as to what the new name of the town should be. By some accounts Ithaca was a suggestion but was quickly shot down by a group of residents from Germany who had difficulty with the pronunciation. It was finally Mr. S.S. Jones who came up with the suggestion of St. Charles. It was, he reasoned, similar enough to the original name of Charleston, and as there were no other towns with the name and, since no one had any difficulty with the pronunciation, St. Charles was adopted as the new name of the town. So there you have it, the town was not named after a person, or a Saint, and while there is a Saint Charles, he is not the patron Saint of the town, and the correct spelling is St. not Saint. If you would like more information on St. Charles History or any of the people mentioned in this post stop by the St. Charles History Museum at 215 E. Main Street!Source: by Natalie Gacek, Neighbor News

Wheaton is a suburb of Chicago with a population of 53,577. Wheaton is in DuPage County and is one of the best places to live in Illinois. Living in Wheaton offers residents a dense suburban feel and most residents own their homes. In Wheaton there are a lot of restaurants, coffee shops, and parks. Many families and young professionals live in Wheaton and residents tend to lean conservative. The public schools in Wheaton are highly rated.

The name given to the station on tickets from Chicago was initially “Warren,” after neighboring landowner Colonel Julius Warren. The name of Winfield came into early use, however. The post office was established on July 12, 1852, with Hedges its first postmaster. In 1854 Winfield was the name which appeared on the railroad’s maps.Today the station building used by Hedges is referred to locally as the “Besch House” because the Besch family was the last resident prior to the sale of the house to the Village of Winfield in 1977. The Winfield Historical Society is restoring the structure under the name of Hedges Station, in honor of its first stationmaster.

Real Estate Is Our Passion

Randy Ledbetter has lived in the Chicago Metropolitan Area for the last 29 years. He became a Certified Residential Real Estate Appraiser in 2005, and as a broker been helping his clients find the best deals in the market. His backgound as a real estate appraiser and broker means that you will feel confident knowing that you throughout the buying or selling process you have a true local expert on your side.
More about me 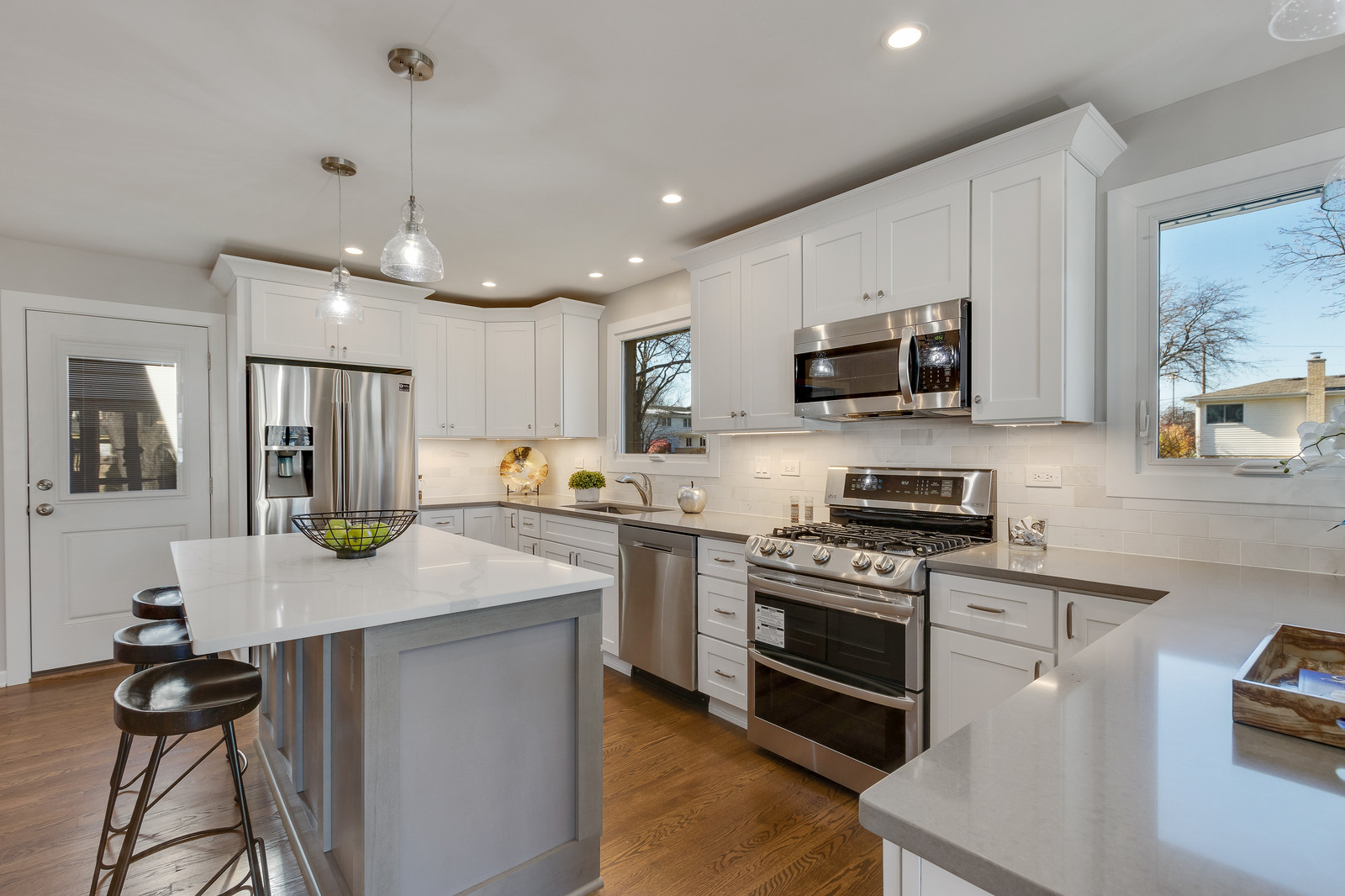 Selling a home? Let us help provide you with expert advice about pricing, preparation, and promotion that will ensure you get the result that you expect.

Buying a home? We can not only help find your dream home but also ensure that you are well informed about the local real estate market and have an expert negotiator on your side.

“Randy was professional, courteous, and knowledgeable. He made a difficult ordeal a breeze.”

“Randy was an absolute professional and very knowledgeable. We had tried for months to sell our townhome for sale by owner in St.Charles, but just could not get enough qualified buyers to seriously look at it. After interviewing 4 other agents we interview Randy and we're very impressed with his background, experience, and his unique marketing proposal. We had 12 showings, 2 offers and a contract in 5 days. He delivered on everything that he outlined during the initial interview. Thanks Randy!!!”

We're in the midst of the longest economic expansion in U.S. history, and economists think there's still room to grow. A recent survey by the National Association for Business Economics found that exp…

Gifts and Gadgets for Every Room in the House

Are you searching for new and innovative gift ideas this holiday season? If so, check out our list of the hottest home technology offerings. We’ve selected a few of our favorites for every room in t…

5 Steps to Finding Your Next Home

Whether you’re a first-time buyer or a seasoned homeowner, shopping for a new home can feel daunting. In fact, 56% of buyers said that “finding the right property” was the most difficult step in…